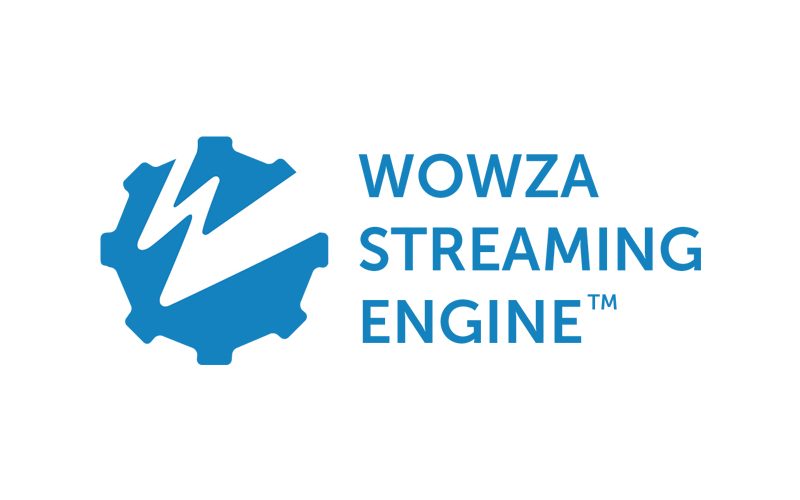 What is Wowza Streaming Engine?

Streaming media is a video or audio functionality being sent across the Internet in compressed manner and played instantly without being saved on the system . A user does not have to wait with streaming media to download a file to play it.In the streaming sector, Wowza Streaming Engine technology is one of the finest.

Each format is delivered by a different streaming media server from a different vendor, each with its own programming languages and OS requirements. Hence the management of these streams gets complex

Although the video and audio is same and sometimes uses same codecs to stream into different formats, which always end up with dozens of renditions of same title in order to deliver the best possible video quality to all desired playback endpoints.The cost of trans coders, servers, content protection systems, and storage for multiple formats is high.

Overall User experience is very good. Because each devices has its own protocols and there is a particular stream for the device. So User gets the best quality experience. Parallel Streaming is best for High end Broadcasts where there will be millions of users, because vast storage is required and the cost is high to provide the best User Experience.

Less disk content is required. because there is only a single file is needed which trans codes the video in different protocols and formats

The management of the streams is not so complex as that of hardware streaming or parallel streaming.

The cost is very low as there is not much requirement for many trans coders. Depending upon the service provided trans coders are needed and that will not cost much

Streaming Live videos over the network

Without much hardware requirements.Anyone can publish video to a Wowza Server to playback the videos on to a site, by the use of a camera to record the videos, and encode the camera feeds using RTMP, RTP/RTSP and MPEG-TS encoders, and stream it over the network using RTMP, HTTPS protocols. The video once published live can be viewed in various devices at a time. Wowza professional service can be useful where we need to have live webinars or conferences or video conferencing, where we need to stream live videos without much expense and hardware requirement.

On Demand Audio or Video Streaming.

Streaming of stored video files over the network is another great advantage, where a site can be hosted and video can be available to playback on the website using Flash players like JWPlayer, Flowplayer, etc. Also we can make a custom player with our own requirements to suit the needs of the website. Also uploaded video contents can be playbacked as live using playlist functionality, which adds the added advantage of the video on demand, or applications like play your favorite song.

Re- streaming of audio from radio servers like SHOUTcast/Icecast is a feature that wowza provides with live streaming. A radio station set on a server can be made available to web apps and mobile apps through wowza, and can be readily available on the fly over the network.

Video chat, Conferencing, Screen sharing and online multiplayer games can be hosted on a high end Wowza server. But at a production level, wowza works effectively on one to one video conferencing and screen sharing. Multiple video chats, online games need much read/write speed in servers with a very high speed data transfer over the network. But Wowza happens to have latency in delivering the data/streams which is a drawback for such purposes.

Wowza runs on Java which is a very good advantage for Java developers. Wowza is very flexible, such that, It can be customized upon our requirements by developing Modules, which does a function which we implement with Wowza and httpproviders which is to pass a request to the module to act according to the command provided.

Streaming of video content to end user’s devices depending on the available bandwidth at the end user is a key feature in streaming, because a video when its viral is watched by a lot of people on various devices. If the network bandwidth is very high, then High Quality video works good. But the same HD video will not playback on a 2G Network connected device. So conversion of a single video into Multi bitrate videos and playback of the videos through a SMIL(Synchronized Multimedia Integration Language) file, which is automatically generated for a live stream and a file that is already setup on server for on Demand streams, which contains all the details of all the multiple bitrate videos and which video bitrate video to play according to the end users bandwidth.

To encode a live stream to different bitrates require a third party encoder which converts the live stream to different bitrates and the streams are published live. This is a bit tedious because making use of external transcoders and encoders are expensive. Wowza provides an add on where a monthly bill is charged which is cost effective and a single source stream is only needed which is converted into multiple bitrate on the fly with the help of Transcoder. This requires only a good server spec and no additional hardware spec is required.

nDVR is also known as Network Digital Video Recorder. This is an add on we can add where the live streams will be recorded to the time set for recording and the whole recorded stream will be available for the set time window duration. This is an essential feature which we can implement in an STB or IPTV setup

DRM or Digital Rights Management is a security feature provided by wowza to protect the video content from the server. The DRM is provided by third party providers like Verimatrix, BuyDRM, EZDRM. Wowza provides integration with the following DRM Key Management Service partners to enable on-the-fly DRM encryption of premium video on demand and live content for a variety of playback devices. The videos will be encrypted and can be decrypted by a specially customized player to decode and playback the videos.

Wowza Streaming Engine as a streaming server is widely used in various fields of networking and streaming of Audio/Video. Some of them are:

Websites like youtube, Vimeo have a streaming server at its backend. For starters, a Dedicated server with Wowza installed is a good option for streaming video content over the network.

These networks are a group of servers hosted in different datacenters in different parts of the world to make available data content to end users without latency. Wowza when integrated with CDN’s can provide streaming content, whether its live or on demand, to end users very fast in real time without latency. Some of the CDN’s wowza supports are Akamai, BrightCove, Limelight, Level3. The best and Wowza recommended CDN is Akamai.

Wowza is used in the telecommunications field which include data transfer like audio message, Video message, Video call. Specially Customized modules can be developed to serve the purpose.

An advantage of live and VOD streaming in Wowza makes the use of IPTV or OTT. IPTV or internet protocol TV can be setup with Wowza, where the videos are streamed to a TV via a connected STB(Set Top Box) where the channel content are streamed to the STB through Wowza. Whereas in OTT or Over The Top is a setup where the channels are available on end user devices like Mobiles, Laptops, PC’s, Tablets over the network, rather than the use of a STB.